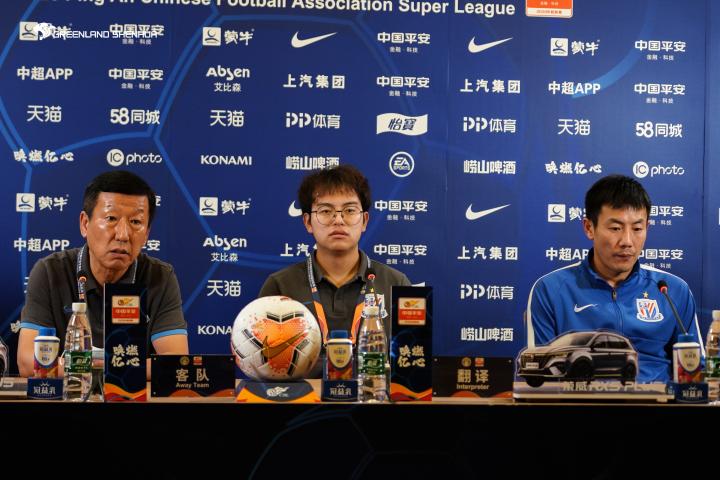 On the afternoon of September 23, Beijing time, the pre-match conference for the 13th round of the 2020 Chinese Super League Dalian Division was held in the press conference room of the Crowne Plaza Hotel in Dalian Sports Center. Shanghai Greenland Shenhua coach Cui Kangxi and player Qin Sheng attended the event. 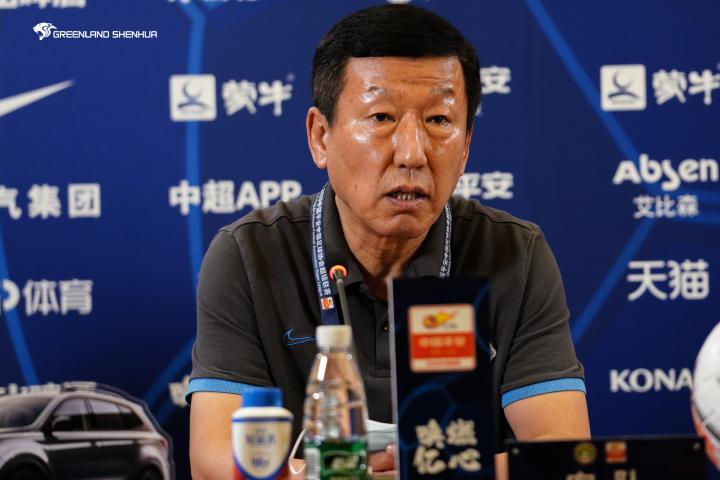 In this round, Shanghai Greenland Shenhua will face Guangzhou R&F. Talking about the preparations for this round, the head coach Cui Kangxi first said: "Although we have not lost in the near future, we have not been able to win. The team does have a lot of difficulties. The players have always worked hard and want to play their own things. We have two games left. Tomorrow’s game is very important to us. We will make some reasonable tactical arrangements. I also believe that the players will play well and play this game well."

Talking about how to make tactical arrangements based on the characteristics of Guangzhou R&F's team, Cui Kangxi said: "We have played against R&F in league and cup matches. Indeed, some tactical arrangements were not made at the time. We have to make some changes. At this stage, both we and R&F have encountered a lot of difficulties. It depends on who can fight to the end. Our players will definitely not be inferior to R&F on the spiritual level."

In the last game, the team showed a spirit of tenacity. When asked how to continue this focus on the court, Cui Kangxi responded: "Physical fitness is the most important issue. We also considered it in the last game. After this lineup, now is the critical time, we must do our best."

According to the current points and rankings of the Dalian Division, the team has the hope of staying in the top four in the match with R&F. Cui Kangxi does not approve of this mentality: "I still think that we must win. Only if we win this game, we can do everything in the next round. Whether I or the team members, I now think about how to win this game. "

Regarding the new aid Martinez, Cui Kangxi said: "The team has not done too much tactical and play design around Martinez, because this player has not been with the team for a long time, and the time to integrate into the tactics is not long. . Our focus now is to mobilize existing players to play these games well." Qin Sheng, who also attended the press conference, said: "There are two more games. We will work hard for the goal of reaching the top four. Tomorrow is a crucial game. I believe the whole team will fight to the end under the leadership of the head coach. One minute, fight for the final victory."

Talking about how to deal with the pressure of points and schedule, Qin Sheng responded: "Every team member has pressure, and any team that comes to Dalian also has pressure. Our team has more old players and can communicate with each other and make up for each other. The most important thing is It’s still to follow the head coach’s arrangements and stick to it until the last minute."